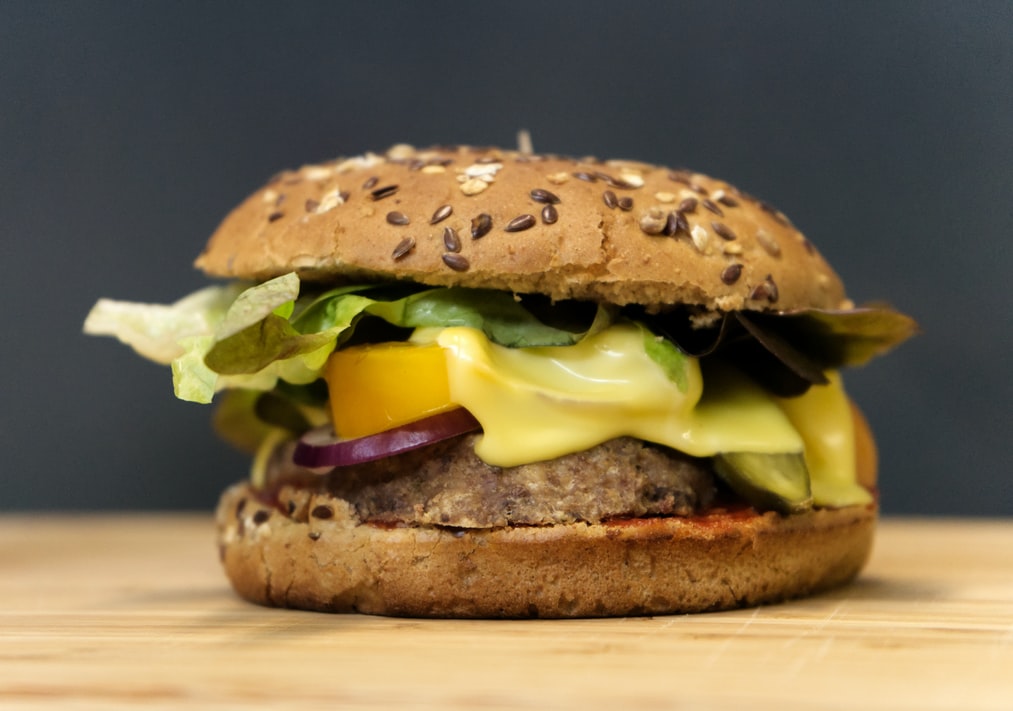 As IFBM students at ESCP Business School, we get to tackle many interesting subjects in the field of food and beverage, including the trends and latest shifts in consumer behaviour in the Marketing and Consumer Insights course. One of us is flexitarian, and the other is working on the plant-based market for a consultancy project; during our exchanges which coincided with the EU votes for the ban, we thought it would be interesting to share our passion for this topic with you.

There is a broad range of vegetarian meat substitutes on the market nowadays, that can be divided into four main categories: dairy-based, fungi-derived, fruit-based and legumes.

Vegetarian variants contain dairy and egg protein, whereas vegan variants usually include soy or wheat protein. In the case of veggie burgers and patties, the meat substitutes are designed to equal animal alternatives in texture as well as in flavour.

The nutritional composition of the plant-based products varies to an extraordinary extent almost as much as the corresponding meat products. Consumers prefer the low to moderate fat content, and take into account the source of the fat, whether animal or plant. In fact, the biggest advantage of plant-based substitutes is the regularly low amount of saturated fat. Moreover, they can even contribute to fiber intake depending on the ingredients. Veggie burgers and patties that are grain-based, for instance, contain a large amount of carbohydrates and therefore may be a substitute for both the meat and the side dishes.

Climate experts as well as nutritionists are warning against the consequences of the high worldwide consumption of meat, and the number of consumers  that are viewing the consumption of meat negatively is increasing. Plant-based products offer many health benefits and are remarkably more sustainable than meat. Consumers question the consumption of meat more and more and the effects that their diets have on their health, on animals and on the environment as a whole. This can also be seen in the increasing demand for meat. Restaurants and supermarkets now offer a wide range of plant-based products, including veggie burgers.

People all over the world adore burgers for several reasons. They are fun to eat as we can dress them up, they have a good texture and it’s the perfect playful meal to bond over. It is important to highlight that 90% of veggie burger eaters are actually non-vegetarians. In this category, it is a matter of personal choices, some consumers aren’t willing to reduce their meat consumption to 0% but they are variety and novelty seekers. Furthermore, living in a world where awareness is on the rise, where consciousness pushes consumers towards more responsible eating habits and choices, veggie burgers are a good answer to the need for a reduction in the consumption of traditional burgers.

Over the last decades consumers have become more and more sensitive to “ethical” and sustainable living. Many have started eating plant derivatives in the light of the current climate crisis, and generally consumers are more aware of the existence of plant-based alternatives today. Associations like Greenpeace are working to spread awareness on this topic, and to consolidate the importance of this lifestyle change, that more and more people are adopting, and want it to be recognised globally. However a new problem has arisen along with this new product segment, which regards labeling: born as substitutes, veggie burgers and alternative milks have become competitors for meat and dairy; this has created friction with the meat-processing and dairy industries. To them, the use of words “Milk” and “Burgers” creates confusion to customers. Lobbies brought their complaints to entities like the EU, requesting a solution to this issue.

In the last few years the European Parliament has taken very different stances on the subject, initially banning the use of the word “Milk” to define the plant-based beverages in 2017 but, later, on October 23rd 2020, confirming the use of meat-like names, such as burger or sausage. Meat producers were dissatisfied with the response, while environmentalists rejoiced about the decision. Why this difference? We can argue that environmental awareness has risen even more recently, and labeling laws today are important to identify the actual content in food: every burger or sausage must specify whether the main ingredients are plants or meat. Although plant “milks” are very different in nutritional value, they are very similar in both packaging and physical appearance to dairy products: this explains why the former could create confusion among consumers as to the content of the product.

Supporters of the decision though do not share this idea and were furious about the ban in 2017. In their generalised opinion, confusion is quite unlikely: some, such as Camille Perrin, the senior food policy officer at the European Consumer Organization, even believe that it would be “common sense” to use these names, provided sufficient transparency about the ingredients is available. On the other hand, banning the use of these names creates useless restrictions that undermine consumer understanding of environmental issues.

Currently, Europe has taken two different positions on the subject. Considering the incredible growth of this trend, though, we could argue that the European Parliament, in the future, will rediscuss its position about plant-based substitute products once again.

ESCP is European at heart, therefore the decision taken by the European Parliament was very interesting for us to analyze and share with our readers.